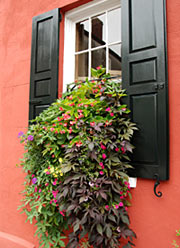 Only 4 Peninsula Charleston single family homes went under contract during the past week. List prices were $250k, $360k, $449k, $615k. All 4 homes were north of the crosstown.

39 Island homes went under contract over the past week.

Contact Us Today For All Your Real Estate Needs!