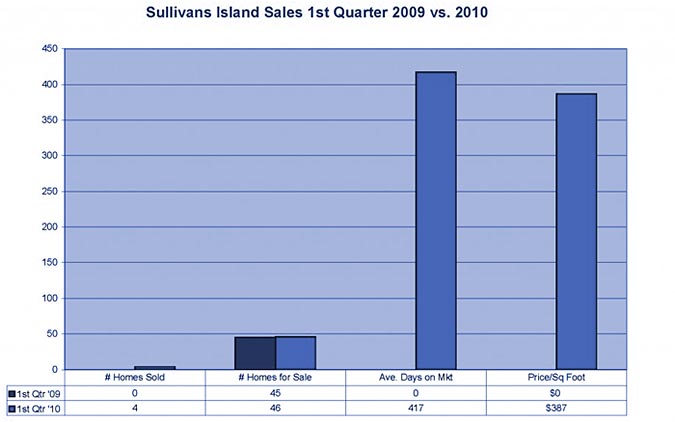 The number of sales on Sullivans Island improved in the November to February timeframe from zero in 2008/2009 to four sales in 2009/2010.  The inventory of homes for sale stood at 46 in February 2009 and bumped up slightly to 50 homes in February 2010. Increased sales and flat inventory will result in a slow positive shift in the market on the island.