PGA Championship 60 Days Away Time to Plan Your Parking! 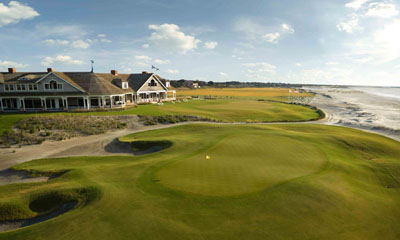 With the PGA Championship about 60 days away, preparations are in full swing and officials unveiled their master plan to accommodate additional traffic on Kiawah Island.

With approximately 210,000 people expected to attend the tournament over the course of the week, parking and transportation plans have been in the works since 2005 when the tournament’s location was announced.

“A lot of thought has gone into this plan,” Warren said. “Including the time and day trash will be picked up.”

The plan features a 100-acre field parking lot behind the Freshfields Village Shopping Center. The lot will be accessed by two points — one on Kiawah Island Parkway and one on Seabrook Road.

Parking passes are available online in advance of the tournament for $10 per car per day. Guests without advance parking passes will be required to pay $20 per car to park each day.

Mercedes-Benz, a PGA partner, will have a free lot for guests driving Mercedes vehicles.

All guests wishing to drive themselves to the event will be required to park in the public lot.

“There is no public parking on Kiawah Island during the event,” Warren said.

For people staying in properties on the island, three shuttle routes will operate using 23 stops. Free bicycle parking also will be available at every shuttle stop, the public lot and the course itself.

Charleston County Sheriff’s Department Maj. Oliver Puckett, incident commander for the event, said the preparation time leading up to the event should make the flow of visitors run smoothly.

“Traffic is going to be heavy at times, but I think with the training we’ve had, there won’t be any snafus,” he said.

In addition to tournament traffic, residents and guests staying on the island during the week of the tournament will be required to pick up vehicle tags through the community association.

The gate where visitors and residents typically check in will be moved to the intersection of River and Bohicket roads. Those who do not get their tags in advance can stop there to ease the flow of traffic onto the island.