May in Charleston SC! 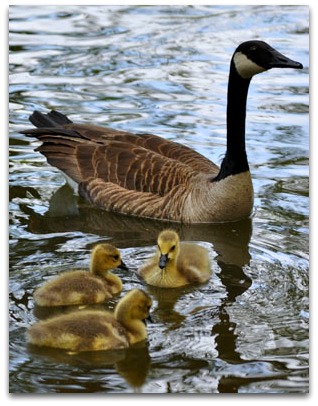 May has finally arrived! Boaters are sprucing up their rides and the lines to the beach are growing on the weekends. We have a special day set aside in May to honor Moms, on the 13th, so be sure to remember.

Graduations will fill the town early in the month. Trident Tech starts us out at the college level on the 4th t the N. Charleston Coliseum. Then comes Charleston Southern filling the Coliseum on the 5th at 10am. A double whammy day, the Citadel will graduate the Corps at 9 am on the 5th and the Graduate School at 4pm. Watch out on Friday though, the “Long Gray Line” parade will begin at 3pm on the Citadel grounds. The College of Charleston makes its presence known on the 12th with a downtown service at 10am and 4pm lasting about 2 to 3 hours each.

We honor our Armed Forces on the 19th and remember those who fell on Memorial Day on the 28th. This marks the unofficial beginning of summer too and is a federal and state holiday.

From Afar magazine’s article “The New South,” we learn that “A colonial classic, Charleston may initially come off as ye olde…” but we redeem ourselves with Mike Latta’s Lowcountry fare at FIG and his favorite re-invented cocktails from around town. Also highlighted are the Heirloom Book Company, Planter’s Inn and the Peninsula Grill, Brett Carron’s Indigo and Cotton Men’s Shop and Spoleto.

Jennet Robinson Alterman, well-known Charleston presence and Executive Director of the Center for Women, was profiled in the April -May issue of Roots magazine. Bravo, Jennet!

South Carolina Aquarium officials were pleased by the announcement of their accreditation by the Association of Zoos and Aquariums. Only 10% of wildlife exhibitors in the country are given this honor.

North Charleston will open the month with their nine day Arts Festival. The main events will take place on the 4th and 5th, but continue at various venues throughout the City until the12th.

The French Quarter Art Walk will take place on the 4th downtown.

Don’t forget the Farmers Market on Marion Square is open. This is Eat Local Month and what better way than to meet the person who grew your dinner or raised the chickens that gave you your eggs?

The 5th is a big day at Marion Square. It’s the 9th Annual Charleston Dog Show from 9-2. Head over after your shopping.

The Robert Smalls Commemorative Weekend, beginning the 12th, has numerous events planned to honor this slave turned sea captain and politician. He was a member of the SC Legislature and the US House of Representatives. In SC, he authored the bill establishing a free, mandatory public school system, the first in the US. He also founded the SC Republican Party.

The Charleston Jazz Orchestra will wow you while celebrating its members’ own compositions in Local Opus on the 19th at the Charleston Music Hall. Their 5th Annual Jazz Series will return to Spoleto 2012 later in the month.

The Halsey Institute of Contemporary Art will premiere a major traveling exhibition of new work by Japanese artist Motoi Yananoto called Salt Works on the 25th. The creation of the salt centerpiece of the exhibit during the two weeks prior to the exhibit’s opening is open to the public.

Which brings us to threshold of Spoleto USA and sister festival, Piccolo Spoleto. 17 days of theatre, ballet, dance, music, art, opera in just about every variation will fill the city with lovers of the arts from all over the world. A major highlight is the first fully staged presentation of Philip Glass’ opera, Kepler. There’s cabaret circus, K.D. Lang, Alvin Ailey’s American Dance Theatre, The Requiem by the Westminster Choir, Noel Coward's Hay Fever, Joy Kills Sorrow as well as flamenco, gospel and Brazilian music. There’s even international ukulele sensation, Jake Shimbukuro. Ketch and Critter from the Old Crow Medicine Show will be there too. The famous Finale will feature Cedric Watson and Bijou Creole.

Marion Square will be full of entertainment from Piccolo Spoleto with many free family events including the Children’s Festival, “Once Upon a Time” on the 26th from 10-3. Porgy and Bess will come alive in concert form on the steps of the Custom House on the 25th from 8-9:30pm. The Finale of the Piccolo Festival will be at Hampton Park on the 9th from 5-10pm. The first half is reggae with Roots Music’s Osei Chandler on hand. Then, move on to Mowtown Madness for the second half of the show.

The next time you complain about traffic and the numbers of tourists around town, think about these numbers. According to the College of Charleston, 38,000 visitors attended SEWE this year and they spent big! Their daily spending jumped to $194 a day per. The Flowertown Festival came in at over 250,000 people with an estimated $22 million economic impact felt locally.

Both the Cooper River Bridge Run and Charleston Fashion Week broke attendance records. The BB&T Wine and Food Festival had over 20,000 folks sloshing through Marion Square and enjoying every minute of it, rain or shine. Then we have our two largest events coming up. As we know, this month is Spoleto USA and Piccolo Spoleto. In August, Kiawah will host the PGA Championship. It’s anybody’s guess how much of a financial boon these well-heeled events will generate in the Lowcountry.

Speaking of the Cooper River Bridge Run, I have to tip my hat to the Race Director and staff. They have put together an amazing experience for thousands and thousands of participants each year. Usually, it goes off without a hitch. It looks easy. This year there were some problems, yes. It is very easy to Monday morning quarterback a situation like this and point fingers. They should be ashamed of themselves.

One positive thing to come out of the Bridge Run is the “Ridiculously Photogenic Guy.” Native Charlestonian and current NYC resident, Zeddie Little’s photo was randomly taken by amateur photographer, Will King. After it went viral, the man with the perfect smile and perfect hair became an overnight sensation, over 1.5 million hits in just a couple of days! They were invited onto a morning network show and asked to tell the story. Anyone seeing his photo would have to smile too.

The Milliken Institute’s 25 Best Performing Cities list is out. It measures jobs, salaries and tech output over the previous 5 years. Although the list seemed heavy in Texan towns, Charleston-North Charleston was slotted 11, up from 19 last year and 30th in 2009. “The vibrant aerospace sector combined with a stable military presence contributed to an overall job growth of 1.2%” The report went on to say the Weapons Station and the Air Force Base contribute 18,000 jobs.

Aerospace and data processing (hosting) services boosted us to 16th overall in hi tech output. Noted was the ripple effect from Boeing, such as InterTech, moving into the area bringing 350 highly skills jobs. The steady influx of retirees will continue to boost health care and support services, the report stated.

Year-to-date sales in our market seem to agree. They are tracking up 7% from the same period last year and prices are up 4%.

There’s a little something for everyone sports minded this month:

We start the month with Race the Landings, a best four of five runs happening at Charles Towne Landing. The first two will be this month on the 3rd and 10th, Thursday evenings at 6:30pm.

The 12th is a busy day for runners. The 4th Annual Leslie McCreavy Memorial 5K to benefit Pet Helpers will be held at Folly Beach. Also, the 9th Annual Mom’s Run at
Blackbaud Stadium on Daniels Island, Sc will be run to honor all Moms on Mother’s Day weekend. Another way to honor Mom is the 6th Hazel Gammons Run For Your
Mother in Summerville. Also in Summerville on the 12th is the Steps to Stop Cancer Run.

Following on the 19th you can Run Forrest Run with the Riverdogs at the Joe. Or if you’re looking for a cool down, try the Lowcountry Splash. It’s a 2.4 mile open water
swim starting at the Hobcaw Yacht Club, proceeding under the Ravenel Bridge, past the Yorktown and finishing at the Patriot’s Point Naval Maritime Center.

The Swamp Fox Ranger Ride will be on the 19th: your choice of a 23, 45 or 75 mile cycle race through the Francis Marion National Forest Of course, if your bike is the motorized variety, Murrels Inlet has your interests at heart. Their Bike Week will begin on the 11th.

The Charleston Sprint Triathlon Series begins its 2012 season on the 20th at James Island County Park.

If you want to combine your run with a day at the beach and a day in the boat, there’s the Capers Island ECO 10K and 5K Beach Run and Walk on the 20th Leaving
from the IOP Marina.

The WFC Annual Memorial Day Fastpitch Classic, Remember our Troops, will be held in Summerville on the 25th-27th

The Holy City Beard and Moustache Society is bringing its 4th Annual Southeastern Championship to the Music Farm on the 26th at 6pm.