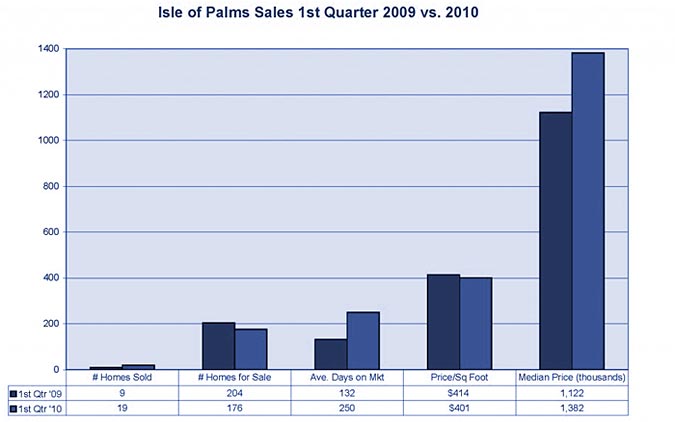 The real estate market has shown some great improvements on Isle of Palms in the past year. The number of sales almost doubled in the December to February timeframe, from 9 sales from December 2008 to February 2009 to a total of 19 sales from December 2009 to February 2010. The number of homes for sale has been on a downward trend since September 2009. In February 2009, there were 207 homes on the market on Isle of Palms. In February 2010, the inventory of homes was down to 173. Demand is up on the island and supply is down – great news for this island paradise.