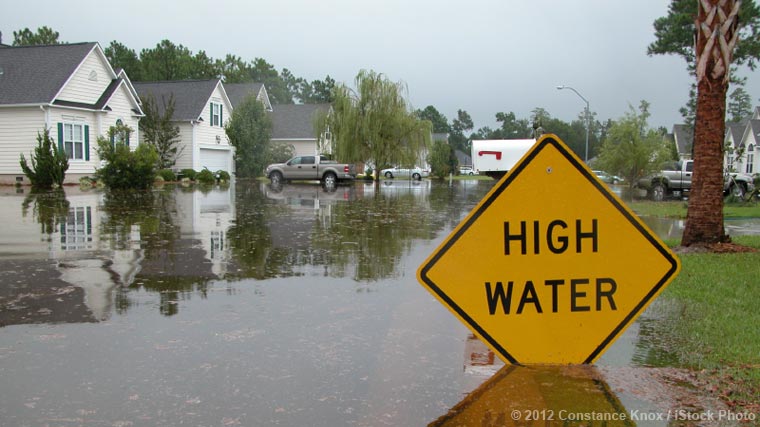 On May 30, 2012, the House of Representatives passed a 60-day extension of the National Flood Insurance Program (NFIP). This temporary extension enables the Senate to act on the NAR supported 5-year reauthorization and reform bill this June. The short-term extension bill was being held up by Senator Tom Coburn (R-OK) who threatened to let the NFIP shut down yet again, unless his demands were met regarding federal tax dollars subsidizing vacation homes.

To meet these demands, the Senate agreed to a provision that creates a 4-year phase-out of rate subsidies on non-primary residences. The phase-out provision means that the insurance rate on some non-primary residences would increase by 25 percent per year until premiums reached the full (actuarial) cost. While the first step increase is currently scheduled to take effect on July 1, 2012, the rest of increases would not be fully phased-in for a minimum of 4 years.

Although NAR strongly objected mixing provisions of the larger reform bill with the temporary extension, the elimination of the rate subsidies was a necessary compromise in the face of overwhelming bipartisan support in both the House and Senate for the provision.

The compromise now in place prevents a potentially catastrophic lapse of the NFIP for both the short and long-term. Flood insurance is required by law to obtain a mortgage in more than 21,000 communities nationwide. A lapse would have affected 1,300 transactions a day or nearly 40,000 a month, a potentially devastating blow to the nascent market recovery. NAR will continue to work with our Congressional allies to minimize the impact of this provision as the legislative process moves forward.

We are getting several requests about updates on the zoning of the new Lucy Beckham High School that is currently under construction. The next ...Read More

Matthew grew up in the Charleston area and knows the area well.  He is also quite the tech guy and brings great ideas to the team. When ...Read More