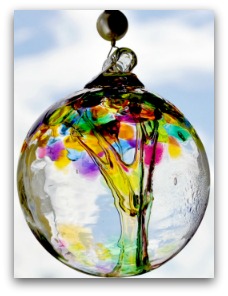 As we wrap up 2011, Trulia’s Chief Economist looks ahead at what’s in store for the battered housing market and which cities have a big reason to celebrate the New Year.

My crystal ball is never as crystal-clear as I’d like, but I do think that we can expect a gradual economic recovery to move the housing market a few steps back toward normal in 2012. Even so, we still have a long ways to go. As we exit 2011, prices still not have rebounded after their huge declines, inventories are still well above normal, and the foreclosure rate is still far higher than before the bubble. Even the best possible 2012 won’t get us halfway back toward normal.

Before getting into the predictions, let me be upfront about what I’m assuming. After 14 months of job gains, I expect the economy to continue its slow but determined recovery. I don’t do my own macroeconomic forecasts, but every single one of the fifty-ish economic forecasters surveyed by the Wall Street Journal expects the economy to grow throughout 2012, and that makes sense to me. Of course, any unexpected severe political or financial crisis could tip us back into recession, and then all bets are off. Here’s to hoping that doesn’t happen.

My five predictions for housing in 2012:

1)  Delinquencies will go down, but foreclosures will go up. Fewer borrowers will fall behind on their payments next year, thanks to the strengthening economy and refinancings. The share of delinquent borrowers is already down more than a quarter from the peak a couple of years ago. But many borrowers who fell behind on their payments during the housing crisis are still in limbo: last year’s robo-signing controversy threw a wrench in the gears of the foreclosure process. That means that some delinquent loans haven’t yet entered the foreclosure process, and even fewer moved all the way through foreclosure — especially in Florida and other states where foreclosures require a longer legal process. Once a settlement is reached with banks over robo-signing in those states, we’ll see a new wave of foreclosures and foreclosure sales that’s long overdue. It’s a necessary step in getting the housing market back to normal even though it will be painful for people who lose their homes — and will rattle American’s confidence in the housing recovery.

2)  Rents will rise – which is a bad thing. With fewer people buying homes and more people losing their homes to foreclosures, the rental market is only going to get tighter especially in older, dense cities like New York, Washington DC and San Francisco. High rents will hold back economic growth if businesses can’t pay workers enough to have a roof over their heads. Squeezed city-dwellers won’t get relief until late 2012: that’s when a wave of new multi-unit construction projects that started late this year will be completed and available for rent. To tackle growth-killing high living costs in the priciest cities head on, local governments need to get rid of height restrictions and arduous permitting processes, which hold back urban construction and push development to the suburbs.

3)  Mortgage rates will inch up – which will probably be a good thing. A stronger economy will push Treasury bonds and mortgage rates up because inflation becomes more likely and investors demand higher rates to hold bonds. The Fed’s “Operation Twist” will prevent rates from rising too much, but other forces could push rates up higher or, alternatively, send them falling. If investors think the U.S. government will have trouble paying its debt – which they might if the government can’t agree to raise the debt ceiling or narrow the deficit — they’ll demand higher rates because of that risk; but global economic uncertainty – even here at home — could lower American interest rates if investors think American bonds are safe relative to other investments. Got whiplash yet? You’re forgiven. Lots of factors can push rates up or down. For the housing market, which direction rates go is less important than why. Gradual economic recovery is good news for the housing market even if it means higher mortgage rates – that’s what I think will win out next year. We’ll have higher rates for a reason we can cheer.

4)  Government will sit on its hands. In election years, politicians don’t take risks: they’re more talk and less action, so don’t expect any bold housing policy reforms next year. What’s more, with the housing market now recovering, we’re not in enough of a crisis to force political opponents together. The time has passed for bold government action on housing. We’ll look back wistfully on the modest policy wins of 2011: borrowers who’ve kept up their payments can now refinance under the expanded HARP program, and the government is planning ways to sell or rent out vacant homes it owns (which will probably be announced in early 2012). But these targeted policies won’t move the needle on national foreclosures, sales or prices.

5)  Smart cities are hot. In 2012, the local housing markets that will enjoy rising prices, new construction or both, are those that start the year with stronger job growth and fewer empty homes holding back the market. Based on these factors, along with other leading indicators, here are my top five cities to watch:

—Austin, TX, and Houston, TX. The bloom’s not off the yellow rose of Texas. Steady job growth and a construction revival make Austin and Houston two of my five cities to watch. Texas isn’t hung over from the housing boom like the other big states of the South and West, so there’s little to hold back growth. Honorable mention to Fort Worth and San Antonio.

—San Jose, CA. Wasn’t California at the center of the foreclosure crisis? Didn’t prices there fall more than everywhere else in the country? Yup. But there’s no such thing as the California housing market: California is almost as diverse as the U.S. Even though prices plummeted and foreclosures skyrocketed in inland California, the coast is another world. San Jose’s perennially tight housing market makes it faster to bounce back. The San Jose market –which includes most of Silicon Valley – has rapid job growth and the lowest vacancy rate in the country.

—Suburbs of Boston, MA. This Cambridge-Newton-Framingham market just west of Boston has a strong jobs engine and, like most of New England, missed the worst of the housing bubble. Honorable mention goes to Worcester, one step further west, and Boston’s northern suburbs around Peabody. These areas all benefit from offering more bang for the buck than crowded, expensive Boston: this is because most people looking to move are searching in more suburban or smaller areas than where they live now.

—Rochester, NY. That’s my hometown, and knowing what’s happened to Kodak and other pillars of the local economy, I was surprised when Rochester scored on the top 5 list. (I applied the same formula to all cities and did not have my thumb on the scale.) Prices – which fell little during the boom – are stable, and the economy has weathered blow after blow and is expanding.

What do these markets have in common? Three – Austin, San Jose, and the area west of Boston – are technology centers. In those three metros, as well as in Rochester, a center of high-skill manufacturing industries, education levels are well above the national average. As the recovery proceeds, smart cities are leading the way. During the housing boom, the go-go cities tended to be lower-skill, lower-education metros. But in 2012, smart is hot: it’ll be the revenge of the nerds.

We are getting several requests about updates on the zoning of the new Lucy Beckham High School that is currently under construction. The next ...Read More

Matthew grew up in the Charleston area and knows the area well.  He is also quite the tech guy and brings great ideas to the team. When ...Read More